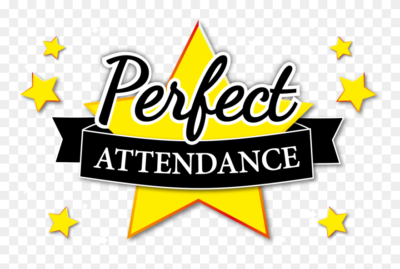 Scott Wilkie cheerleaders receiving their medals and  trophy for placing silver at the Newham Cheerleading Competition. 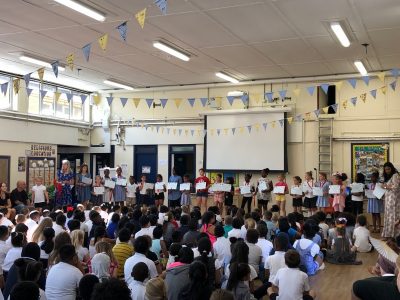 These children were awarded with 100% attendance for the whole year with a special visit from the Attendasaurus! 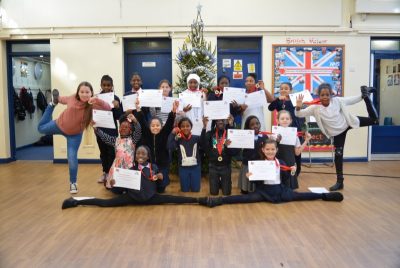 Yasir from 1E took part in a martial arts competition in Cardiff, South Wales and was awarded a medal for his efforts.
Jorja in 1E has received her red belt for Ryu Kyu Karate.